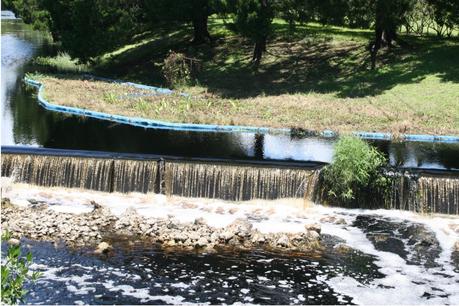 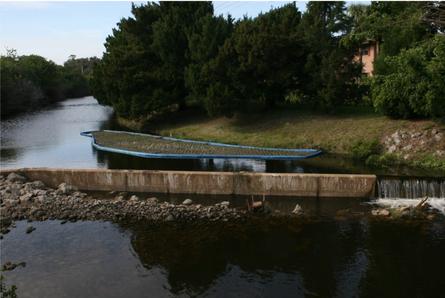 The Lionheart Waterway is one of several box cut canals that drain Port Charlotte and the surrounding residential areas, flowing generally south and west toward Charlotte Harbor. In some cases, there are salinity dams constructed upstream of U.S. Highway 41, to prevent salt water backflow. As a rule, these canals carry fresh water and nutrients directly into the downstream estuaries. The Lionheart canal empties into Little Alligator Creek after passing over a salinity barrier, which flows through Alligator Bay to the Peace River. Along with dozens of additional canal systems, the fresh water and nutrients from Lionheart eventually reach Charlotte Harbor and the Gulf of Mexico.

Charlotte County initiated an experimental floating wetland design in early 2020, just upstream of the salinity dam,  to assess the  nutrient removal  potential of native plants. A delta of floating Beemats was installed adjacent to the canal bank, just north of the dam in February,2020. By September 2020, the plants had grown exponentially. In July 2021, The overgrown biomass was harvested and removed from the canal. By September 2021, the plants had re-established 100 % cover. It is apparent that there are ample nutrients flowing through this canal, and probably many others, to warrant the installation of a system of serpentine floating wetlands along the banks,  with periodic scheduled harvests to intercept and remove nitrogen and phosphorus from the stormwater before it discharges into the estuaries. 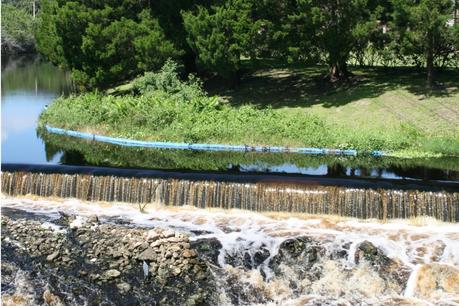 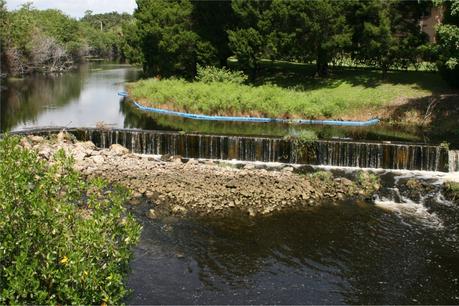 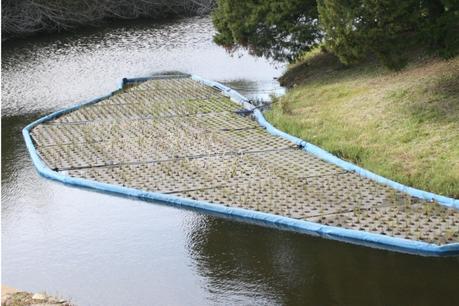