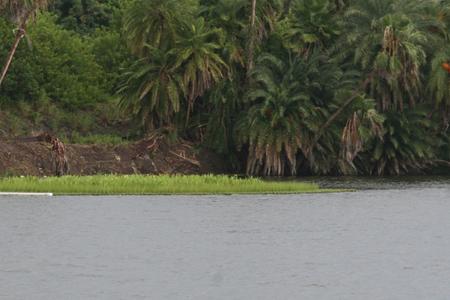 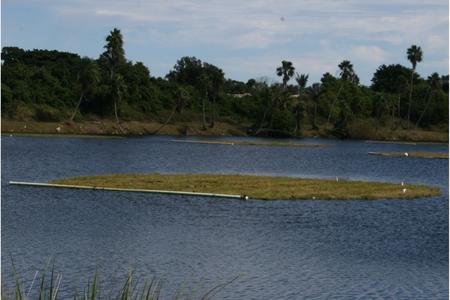 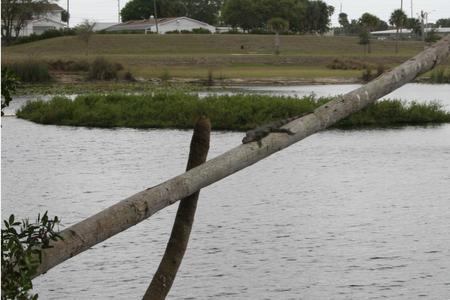 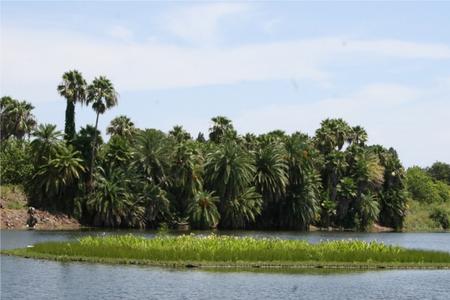 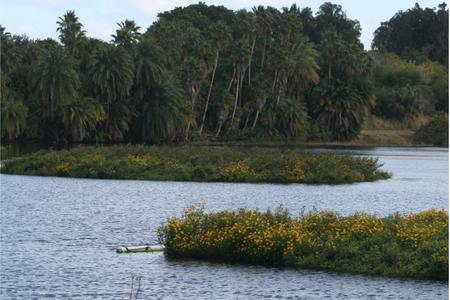 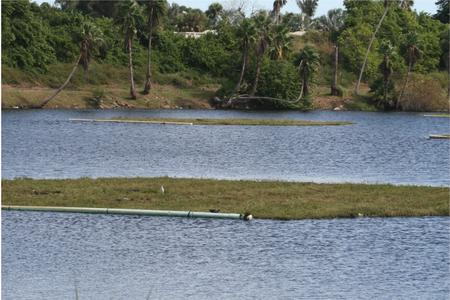 This is a 20 acre pond in Ft. Pierce, just west of the Indian River, that collects stormwater from the southern half of the city and from agricultural areas to the west. In 2014, we installed 12 floating treatment wetland islands, each one 3,520 square feet in size. The total FTW area is 42,240 square feet, equaling 5% of the pond’s surface area. 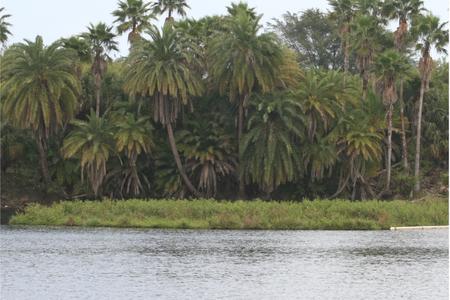