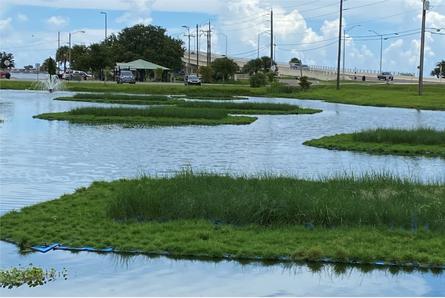 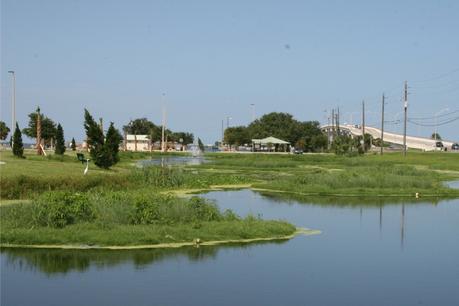 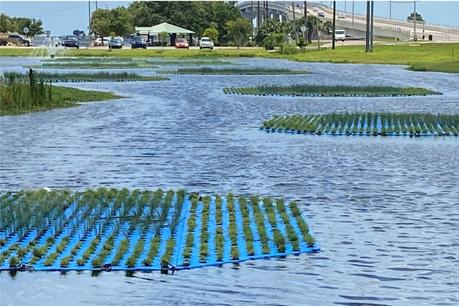 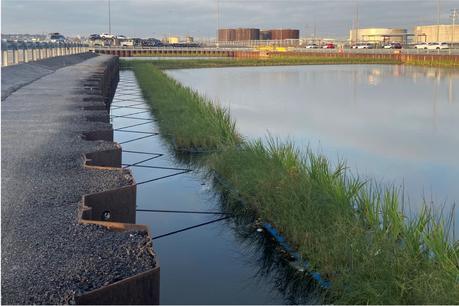 In late 2020, a wastewater leak was discovered in a  pipe next to two inter-connected stormwater ponds adjacent to the Indian River Lagoon.  Extremely high levels of nitrogen, phosphorus and coliform bacteria in the ponds resulted in a catastrophic fish kill and led to months of intense remediation efforts by the City. Large volumes of pond water were transported to the city wastewater plant for processing after the leak was repaired.  After five months of water replacement, sampling revealed that nutrient and bacteria levels  had dropped to treatable levels.

In mid – May 2021, we deployed floating treatment wetlands in both ponds, at double the normal density for stormwater ponds. The City authorized the installation of 7,850 square feet  of wetland islands (729.55 square meters) in the east pond, equal to  10 % surface area coverage. As expected, the biomass growth on the Beemats was prolific, with plant production over the first four months equaling levels normally observed during 9 – 12 months.